The Rhode Island Department of Labor and Training Division of Workforce Regulation and Safety’s Mechanical Board is responsible for licensing HVAC technicians and installers in Rhode Island.

The Board recognizes HVAC mechanics and installers as part of the Mechanical Trade Group, which includes:

Pipefitters and refrigeration mechanics in Rhode Island are licensed under the apprentice/journeyman/master model, which is common in the building trades:

HVAC technicians and installers in Rhode Island may also work under a number of limited licenses:

How to Become an Apprentice in Rhode Island 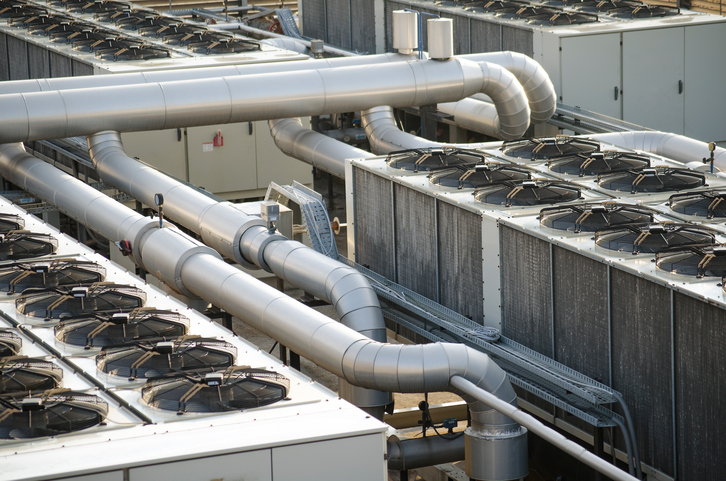 An apprentice is an individual who receives skilled training under a sponsor and with a written agreement. Apprentices must be 18 or older, work for a licensed master contractor and be supervised by a licensed master or journeyperson

The apprenticeship program consists of at least 4,000 hours (2 years), with at least 144 hours of HVAC-related schooling per year.

There are both separate Pipefitter and Refrigeration Mechanic Apprenticeship programs, as well as programs that combine the two for anybody interested in earning a license in both areas. This is pretty common in the HVAC world since the job routinely involves both types of work.

You must be registered in a Rhode Island Department of Labor and Training approved apprenticeship program.

Completing a two-year program from an accredited school recognized by the Rhode Island Department of Labor and Training can reduce the apprenticeship training-hour requirements substantially.

After completing your registered apprenticeship program, the State Apprenticeship Agency will issue your Completion Certificate.

Completing a formal HVAC program through a technical college, trade school or community college will prepare you to enter the field and serve as a competent and prepared apprentice. These programs provide you with classroom learning and hands-on training in existing HVAC and refrigeration systems commonly in use, as well as the next generation of solar and green technology systems coming on the market.

To advance beyond an HVAC apprentice in Rhode Island to become a journeyperson and then contractor, if desired, you will need to meet the experiential requirements of each license level and take the appropriate exam.

You must complete an Application for Examination and submit it (signed and notarized), along with the following, to qualify to take the appropriate examination:

You can read more about taking the appropriate HVAC exams here. You can also learn more through the RI Department of Labor and Training’s Trade Licensing pamphlet.

Even as a small state, Rhode Island has a big problem: a major shortage of housing. A 2016 study conducted by Roger Willliams University’s HousingWorks RI found that Rhode Island would need to add as many as 40,000 new housing units over the next decade to keep up with the state’s changing demographics. However, as it stands, the state is poised to fall short.

According to the study, millennials and seniors will drive the demand for more housing in Rhode Island, particularly for multi-family homes.

Governor Gina Raimondo has proposed a $40-million bond to subsidize new affordable housing developments in the state. Such incentives are sure to keep the construction market in Rhode Island strong, thereby bringing additional job opportunities in the building trades, including HVAC.

At the same time, Rhode Island continues to be a trailblazer for green building. Thanks to the Resilient Rhode Island Act, the state is working to reduce energy consumption and promote renewable energy. Coordinating with the Energy Efficiency and Resource Management Council, National Grid, and the Green Building Advisory Committee, the Resilient Rhode Island Act is working to establish a building code based on the International Green Construction Code or the equivalent by 2017.

This means that HVAC technicians and installers in Rhode Island will be among the construction professionals to enjoy a boom in clean energy jobs resulting from the upgrade of old HVAC systems to the next generation of advanced automated systems.

In all Rhode Island cities that were recorded in the US Department of Labor’s 2015 report, HVAC technicians earning within the median and top 10% brackets made more than the national average for these categories.

The city data below for Rhode Island’s four most populated cities – for Providence, Fall River, Warwick, and New London — was sourced from the US Department of Labor. We’ve organized the data by annual salary and hourly wages, with the ranges representing the median to top 10 percent for each city.

The Job Market for HVAC Technicians in Rhode Island

Between 2014 and 2024, the construction industry is expected to grow by 14.1% in Rhode Island, adding 6,037 jobs during this period. This growth, which is having a strong impact on the HVAC industry, is promising for technicians entering the field (Rhode Island Labor Market Information, “Occupational Outlook 2024”).

In Rhode Island, the job market for HVAC technicians is expected to grow by 11.9% over the twelve years spanning 2012-2024. This growth will add roughly 80 new jobs to the field, or 20 new jobs per year on average (Rhode Island Department of Labor and Training, Labor Market Information).