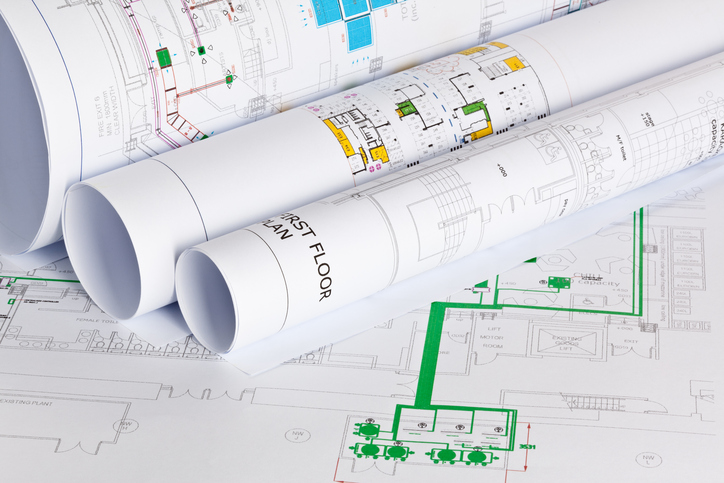 On even the smallest HVAC installations, plans and schematics matter…

… Want to make sure your duct isn’t built six inches below the top of the drop-ceiling? … Think it’s important that you avoid accidentally hooking the fan relay switch to the cooler changeover valve in the thermostat wiring harness? …

Well, your boss probably thinks so, too, which is why you need to learn how to read wiring schematics and construction blueprints.

Technicians fresh out of trade school and just getting on the job as HVAC mechanics are always surprised at how much they don’t know yet. That often includes basic comprehension of construction blueprints. Going through a technical training program is a good first step to a long and healthy career in the HVAC industry, but it is only the first step. It’s hard to get a solid job in the industry without something more than just a trade school diploma.

One important thing that can help you stand out from the pack when on the job hunt is being able to read electrical schematics and construction blueprints.

A good trade school program will cover electrical schematics, but blueprints aren’t in the curriculum for most HVAC programs and neither are covered in most licensing exams. But every aspect of system installation and troubleshooting is made easier by being able to read and understand the diagrams, and any employer interested in top-notch employees is going to value your ability to do so.

You have to be able to look at a mechanical drawing and make sense of it.

One of the best ways to differentiate yourself from the rest of the pack of entry-level HVAC job applicants is to try to get some education or experience in reading electrical schematics and plans. A union or contractor looking at someone with that skill will immediately see them as being in the top half of the candidate pool because all mechanical contractors use these drawings every day when designing and servicing systems.

Blueprints can show every aspect of a building design, but, confusingly, they can show the same feature in three different ways:

Job one in reading a blueprint is to understand what angle you’re looking at it from. None of the rest of it makes sense until you do.

Scale is another important element to get right. Blueprints wouldn’t be any good if they didn’t accurately show the relationship between the parts and structural members, but they wouldn’t be easy to use if they were full-scale… that is, if they were a 1:1 ratio.

Instead, they are scaled down, but what exactly that scale is will be critical to understanding and building the structure as shown. An architect’s scale is used to establish that ratio, with certain gradations on the page assigned to a full foot in real life.

The scale, the date, and the subject of the blueprint will be present in an information block somewhere on the page. Maybe most important, the revision number that the drawing represents will be there. Almost nothing gets built today without going through a few different versions. If the ironworkers are on revision F and you’re still working with revision B, someone is going to be looking for a new job at the end of the day.

As an HVAC pro, you’ll mostly end up dealing with utility plans. Modern building projects are so complex that it’s impossible to pack in all the detail for every building component on a single sheet, so separate sets of drawings are made for structure, foundations, plots, and so forth. Some are issued for specification and procurement and others for construction. If you’re looking at a blueprint and it doesn’t show any of the wiring or ventilation components, chances are you’re not looking at the utility plan.

It’s not just buildings that have plans, but pieces of equipment and wiring systems, too. You can take troubleshooting an A/C unit only so far through the control panel; after that, how the wiring is connected and where the control signals are going starts to get important. 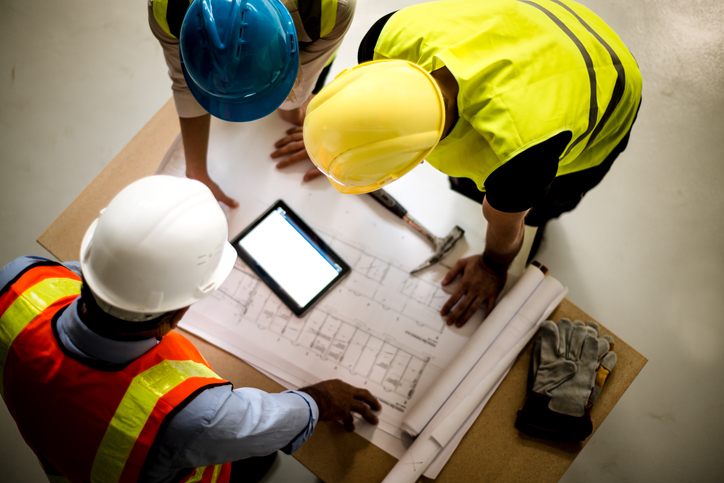 Modern systems are increasingly going down to a single chip-based controller, which puts them into the realm of software troubleshooting, but you still have to be able to verify the physical wiring and electrical connections. Is the compressor cycling because of a glitch in the code or is there a short in a sensor wire? You better be able to identify those wires and known how to test them.

Reading the electrical schematics is the only road to take there.

Conceptually, it’s a little harder to wrap your head around an electrical diagram. The lines represent connections, but may not have any resemblance to the actual physical layout of the components. And the symbols used do not look anything like the parts they represent.

The symbols are easy to look up, but the meaning behind them is a little harder. You can follow along on an electrical diagram just knowing that the little sideways triangle thingy is an inverter, but unless you know that an inverter takes the DC source current and switches it out AC output, you don’t really have any idea what’s going on at the next symbol.

All the little symbols on both plans and schematics take a while to learn but once you get them down, you’ll be like Neo in The Matrix… all the symbols and numbers cascading across the page will magically get turned into a visual representation of the finished system in your head.

How To Go From Mr Anderson to Neo

If you aren’t that lucky, you’re in for some self-study time.

One surprising place to pick up blueprint and schematic reading skills is the military. And you don’t even have to enlist; the Army and Navy both publish manuals that are available to the public that cover the kind of basic construction and plan-reading skills that entry-level technicians might need to learn.

When it comes to electrical schematics, once again, the Army has your back:

Just reading the textbooks isn’t ever enough to get the whole story, however. You need to relate what you learn to some real world examples.

With blueprints, this isn’t easy. If you already work in the trades or know someone who does, you may be able to get your hands on some fairly easily. Otherwise, get ready for a field trip to your county clerk’s office.

Filing for building permits these days usually involves providing a copy of the blueprints. For private structures, you might have to get permission from the owner or architect to view them, but for public buildings, the records should also be public. And since they are public, it’s also easy to access them to see how the plan compares to the real thing.

For electrical schematics, it’s even easier; almost all manufacturers put their manuals online these days. Those have complete diagrams in them and usually a good explanation of how the system all works together.

The HVAC business is competitive, especially at the entry-level. Anything you can do to give yourself a small advantage over the next candidate could be important. Experienced contractors who are hiring look at little things like the ability to read plans and schematics. Since most new HVAC techs are more focused on core skills like understanding the refrigeration cycle and sequence of furnace operation, this presents an opportunity for you to get your resume to the top of the stack.