When you started thinking about a career in HVAC-R, you probably weren’t thinking about becoming a savior of modern civilization, but commercial refrigeration work could get you close. 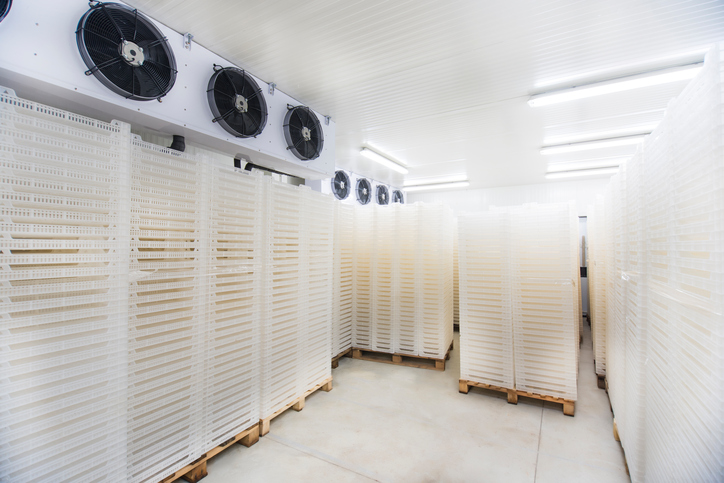 It’s only been about 100 years since mechanical refrigeration was invented and the impact on civilization has been profound. The ability to refrigerate and preserve foods for on-demand distribution has allowed people to concentrate in cities far from farmland to a degree never before possible, and to build cities in places that only the hardiest souls could survive before.

Working As a Refer Guy

Commercial refrigeration mechanics are often just called “refer guys” in the business, and they are known for some pretty serious technical know-how … and for taking home big paychecks.

The skills are necessary because the equipment they work on is both big and sensitive… and sometimes even explosive! Industrial chillers often use flammable gases circulating under pressure. This is not a profession for people who don’t know what they are doing.

Commercial installations often involve high voltages, which makes electrical expertise a standard part of what it takes to be a commercial refrigeration mechanic.

Like every other aspect of HVAC-R, commercial refrigeration has undergone some enormous changes on the heels of technological advances in recent years. Programmable energy management systems (EMS) have become common in industrial cooling systems, meaning that mechanics will need to be as familiar with navigating a human interface panel as they are with handling a pipe wrench.

But the hands-on skills are still the primary part of the job. Mechanics at all levels usually have to know their stuff when it comes to:

Troubleshooting skills are essential. Tracking down problems in large systems involves analytical thinking and problem-solving combined with a practical ability to devise basic tests and analyze the data that results. The best mechanics have an instinctive understanding that comes from years of experience and ongoing training.

Keeping up with the state of the art in the industry is a continuing challenge. One mechanic we talked to told us …

“It’s a constant learning process. The HVAC-R business, there are so many facets to it, and now with the advent of replacement refrigerants, it’s a whole other element. Every time they come out with a new refrigerant, it’s a whole new learning curve. How these refrigerants work within the same piece of equipment.”

Refrigeration mechanics can work for independent HVAC-R service companies or directly for companies that need the services of a refer guy. Many grocery store and restaurant chains have refrigeration mechanics on staff to install and maintain systems at their locations. There are also niche specialties even within industrial refrigeration, such as marine refrigeration. Large factory trawlers have impressively complex refrigeration and freezer systems on board to flash freeze and preserve their catch until they can make port and offload, for example.

In both cases, you can expect to spend a lot of time on the road. Some mechanics are lucky enough to work as dedicated, full-time staff at cold storage facilities or food processing factories, but most will service a variety of locations covering a regional service area.

Although the hours on the commercial refrigeration side of the business aren’t usually as insane as in residential HVAC-R, you can expect a lot of on-call, after hours jobs. When an industrial freezer with half a million dollars of goods in it goes down, no one is going to wait til the next morning to get it fixed.

People Skills Are An Important Part of the Job

But don’t think that because you’re working on industrial grade systems that there isn’t a strong customer service aspect to the job. Sure, you’ll have plenty of time alone with the machinery, but the minute you show up on site you become the primary point of contact for your company. Expect to deal with an anxious store manager who has been wringing his hands the past several hours while watching the temperature drop in his freezer case. Even before you know what the problem is, you’re going to need to project an attitude of professional confidence and keep that manager informed throughout the repair process.

Even on the industrial side of the trade interacting with people is a routine part of the job, from the vendors you order parts from to the property managers relying on you to save their inventory. As one veteran commercial refrigeration foreman we talked to put it, “Without people skills, you’re not going to make it very far in this business.”

And the communication skills you’ll need don’t end there. In addition to having some well-polished speaking skills, strong writing skills are also going to serve you well. The report you write on the service call becomes a permanent record of the service history of the equipment you work on. This record could be referenced by property managers, your boss, and other mechanics that service the equipment later on.

Perhaps more than any other guys in the trade, commercial refrigeration mechanics are experts in dealing with large volumes of hazardous chemicals. Ammonia remains one of the most popular refrigerants and butane and other explosive gases are also used in some systems. A leak or a spark in the wrong place at the wrong time can be deadly, as workers at a New Jersey refrigeration plant found in 2015, when an ammonia leak sent 33 workers to the hospital, 4 in critical condition.

Some systems also still use Freon, although it is gradually being phased out.

To handle these gases safely and responsibly, commercial refrigeration technicians have to be certified by the Environmental Protection Agency. A Section 608 Universal certification covering all types of appliances running at all pressures may be the most important credential they can earn. As one thirty-year veteran of the business told us of his years on the job with a the Section 608 card, “The only one that you would ever really be required to show was the Universal Refrigeration License.”

Some states and municipalities also require separate licenses for HVAC-R mechanics. Some, such as the city of Seattle, have a separate credential specific to refrigeration mechanics. At the state level outside of Seattle, however, refrigeration mechanics are covered under the state’s regular HVAC-R licensing system, requiring an apprenticeship phase including 4,000 hours of on-the-job training and 48 hours of classroom instruction. To operate in Seattle, then, mechanics need both credentials—an overlap that is common in other jurisdictions as well.

Getting Started in Commercial Refrigeration

A top-notch education is the best first step to take to get a job in commercial refrigeration. Most trade school and community college programs provide a solid base of knowledge covering topics like:

Many states that require licensing also require or at least accept formal schooling as some part of the qualifications. In Vermont, for example, a requirement that license applicants accumulate 4,000 hours of experience before taking the license exam is halved to 2,000 hours for graduates of approved training programs.

Most programs also include the necessary test preparation and proctoring to ensure you actually leave the program with your Section 608 card in hand.

This typically requires undergoing up to five years of on the job training at about half the pay rate as a journeyman. But the education you receive will be incomparable and there is no shortage of job opportunities for journeymen refrigeration mechanics.