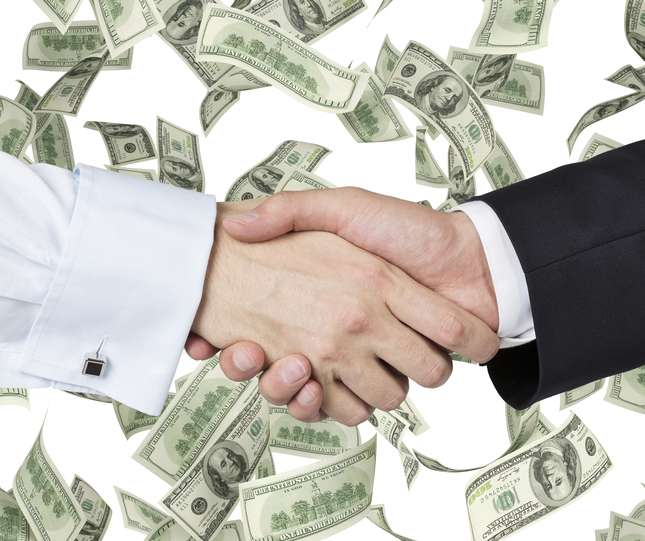 Corruption in the HVAC bidding process

Veteran HVAC estimator Dave Hoeing sat down with us and spoke candidly about corruption that’s involved in the bidding process for projects that are awarded to contractors. He sums it up saying, “It’s a shame but it’s kind of a game you have to play. It’s kind of dirty and dishonest but it does exist.”

It’s naive to pretend corruption doesn’t exist on some levels in all large businesses or whenever significant amounts of money are involved. However, off the top of his head Hoeing would guess that around half of all contracts are awarded based on who you know and what goes on behind the scenes – far more than most people would think.

The former mayor of New Orleans Ray Nagin went on to serve a federal term after his days leading the Big Easy. That is, a federal prison term.

Nagin is one of the highest-profile public officials to be convicted of crimes relating to procurement corruption in recent times. Prosecutors charged him with pocketing at least half a million dollars and in exchange Nagin is accused of awarding lucrative city projects to the contractors who paid him off.

But Nagin is far from being alone. Atlanta construction company owner Charles Richards pleaded guilty in February 2017 to paying at least $185,000 in bribes so his company would be awarded certain contracts from the city.

We asked Hoeing, based on his experience, if bribes, corruption, or politics are involved in the bidding process. His honest reply: “The answer to that is yes.”

He explained how government-funded projects could end up going to contractors even though they may not have supplied the lowest estimate for a project, a process that ends up costing taxpayers more. One scenario that’s more common is when a general contractor knows who they want to hire as a subcontractor, however they still offer an open bidding process even though it’s a foregone conclusion.

But Hoeing also explains that it’s less common for those in the public procurement process to be prone to unethical behavior because, like Nagin and Richards, if they step out of line they face a bright spotlight from the media and government investigators. Dealings with questionable ethics are much more common with open-bid projects that don’t involve public money.

Hoeing confirms a notion most would suspect: “Certain contractors favor other contractors … Most if not all of the HVAC employment contractors would have their favorites.”

This should come as no surprise. But preferring one contractor over another is different from unethically awarding the preferred contractor with a project that’s based on anything other than the lowest estimate.

Unfortunately in the realpolitik worlds of construction and HVAC, this happens all too often.

“You may be friends with a certain general contractor that you’re real tight with, so to speak, and they prefer to use you,” Hoeing explains, “they put the bids out for bid but it’s just a going-through-the-motions type of thing.”

In his role as an estimator Hoeing recounted how in some instances the upper management of his company would tell him things like, “We’ve got this job no matter what. They’re just going to send the bid out for public bid and it doesn’t matter what those numbers are really, we’re gonna get the job. Just do your regular bid and send it over.”

Luckily Hoeing wasn’t directly involved in these types of dealings himself; he would just do his job and make an accurate bid for a project. When explaining how these types of fixes came into being all he could say was, “There’s a lot of behind-the-scenes conversations that take place that probably shouldn’t ethically.”

In addition to advanced bid fixing, corruption comes in many forms:

Projects in the private sector among private general contractors and private subcontractors usually go through the open procurement process just like most others. There is a difference though: fewer regulations.

Projects involving public funds tend to be the most regulated. On the other end, completely private projects, especially ones that aren’t large, tend to have the least regulations. In theory the lowest bid always gets the job, but in the private sector this is more of a principle than the letter of the law. Depending on local, state, and federal regulations, sometimes the general contractor has every legal right to choose who they want for a particular project regardless of the basis for that choice, even in an open bidding process.

However if a general contractor engages in fixed procurement too often, after a number of failed attempts subcontractors will wise up and, “read the writing on the wall,” Hoeing explains.

“There’s a lot of bid rigging out there that I’ve seen, witnessed myself.” Dave Hoeing, HVAC Project Estimator

In HVAC and construction in general you must be prepared to encounter situations head on that tell the story of how the world really works. Ideally, the project would always go to the lowest bidder. Ideally, contractors and subcontractors would not breech ethical boundaries. Ideally, those offering projects for bid on the open market and the companies submitting estimates for those would not break the law.

In reality, people and the companies they run are imperfect and you have to be prepared to navigate these waters if you want to make it in this business. It’s worth giving some thought to what your own boundaries are when it comes to ethics. If you’re working on the cost estimation and bidding side of the business, it’s likely these boundaries will be tested.