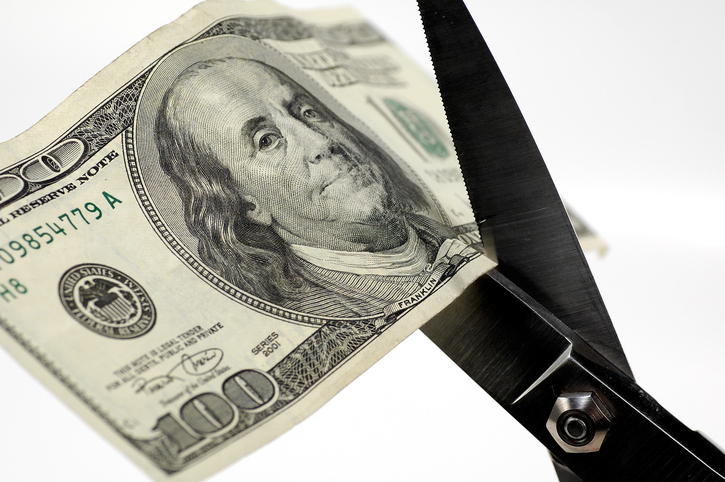 Seating up to 335 passengers, Boeing touts its 787 Dreamliner as, “…creating remarkable opportunities for airlines around the world and dramatically improving the air travel experience.”

What is also remarkable about the Dreamliner is how far over budget it was. Originally it was bid at $6 billion, but three years after its promised release date the airplane was finally unveiled costing more than five times its original estimate … $32 billion.

Senior HVAC estimator Dave Hoeing sat down with us to explain the ins and outs of estimating, and his insights prove useful in understanding how projects end up being so skewed from their original projections. To start with he explains, “The bidding documents that you are going to look at for almost every single job are terrible. There’s rare exceptions.”

No estimator is perfect. Nor are most project specs and blueprints. However there is such a thing as a good estimator and complete project proposals. For Hoeing, the most memorable HVAC projects he worked on were those with complete paperwork and specs – because they were so rare.

Many HVAC projects can be off. And not just off by a little. Way off. A good example comes from Alachua County in Florida, the county seat of Gainesville.

During the hot summer, two years after the county’s criminal courthouse was opened for court operations, people began complaining about uncomfortable temperatures in courtrooms. Eventually it got to the point where courtrooms were so hot that the Chief Judge ordered the building’s AC system to operate 24 hours a day in an attempt to bring the temperature under control.

So how did the courthouse’s temperature get so far out of hand? As it turns out, back in the ’90s when the courthouse was being built the general contractor ran into a problem. Midway through the design and development phase the project was already $3 million over budget. Among the first things to be cut to bring the project back into the black were the building’s HVAC air handlers, with only half as many installed as specified in the original plans.

Over a decade later towards the end of 2016, facing the consequences of the inadequate amount of air coolers, the county was finally forced to address the building’s shortcomings and come up with nearly $720,000 in extra funding to pay for HVAC system repairs and improvements.

So how can a project get so far outside the original boundaries of its bid? Hoeing’s insights are instructive…

“You Have to Be Very Cautious and Wary of Drawings”

For a range of reasons, project proposals put on the open bidding market are often incomplete and even sloppy. As Hoeing explains, “Drawings are poor, you can’t read them, there’s incorrect information, there’s missing information, conflicting information.”

Poor drawings with incorrect information compounds the problem of being over budget when factored in with additional variables like code changes, material availability, and other unforeseen expenses.

For example, a 2014 HVAC upgrade project at Mount Hood Community College near Portland, Oregon was over budget by $140,000 because of, “…construction delays and added costs,” according to an article in the school’s newspaper. During a design review a change in code requirements incurred additional costs that had initially been overlooked by engineers.

So why are good schematics rare? Hoeing begins to address this question saying, “You’re going to see incomplete drawings and it’s just because of the times we’re in.” Basically it’s a weakness of the whole procurement system. Estimators, “want to get the job done and get something to the next guy down and get paid.” The mentality is, “get it done as fast as you can, it doesn’t matter if you’re right.”

Not enough value is placed on getting a project designed accurately, from the architect who makes the initial blueprints, to the engineer who calculates the specs of a project, to the estimator who doesn’t get specific enough about exactly what materials are required.

For the most part he says the reason why there are so many mistakes on plans is because, “…people just don’t care. Everybody suffers really because you spend more time than you would have if it had been done right … There’s a lot of instant gratification in this business to where all the players want everything done immediately and want to get paid.”

As an estimator you have got to be ready for everything, especially when it comes to looking at a project’s specs.

“When you look at specifications, that’s an art in and of itself trying to decipher what they’re saying. Sometimes they’ll talk in circles and they’ll specify material that does not exist anymore.” Dave Hoeing, HVAC Project Estimator

The foundation of a good estimate is a thorough understanding of a project’s blueprints, schematics, and specifications. When one of these gets off it has the potential to drastically affect the overall estimate and ultimately the success of the contract.

Project specifications can be inaccurate for any number of legit or nefarious reasons. “Some are just honest mistakes,” says Hoeing. Sometimes engineers have a general template they use, then copy and paste something but don’t change the specifications correctly. “It can be a problem where they show 12-inch piping going up to the floor above, and the next drawing shows two-inch. Something doesn’t seem right there.”

Cutting corners is another reason a project’s specs may be skewed. General contractors will, “take a guess at what material makes the most sense, and often times, what is the cheapest,” Hoeing explains. As could be expected, this doesn’t always make for good blueprints.

“Many people in certain sectors of this industry believe that the waters are muddied on purpose to confuse the subcontractor to get them to bid lower.”

In these instances, a general contractor makes a project as ambiguous as possible with the hopes that the subcontractor’s estimator will miss something and submit a low-balled bid. Once the subcontractor gets that project they’re obligated by law to follow the contract as it’s written. If the subcontractor realizes something is going to cost more than they initially estimated they are the ones on the hook.

In his decades of experience Hoeing has seen it all. This includes even more nefarious activities like cheating on supplies…

This scenario is very illegal, not to mention dangerous, but also reveals the depths some companies sink to in the name of profits. Using poorer quality construction materials is something most people think of as happening in other countries, not at home.

In parts of Italy where the mafia is present in the construction industry there is even a word for this – abusivismo. In 2016 when a magnitude 6.2 earthquake struck the country, entire town centers were destroyed and nearly 300 people were killed. Many of those deaths were blamed on falling debris and collapsing houses that were supposed to be earthquake proof. However upon investigation it was found that construction companies had used inferior materials, making a greater profit at the expense of structural integrity.

In 2013 the Savar building in Bangladesh collapsed killing 1,129 people. An investigation found that one of the main reasons for the building’s collapse was the use of substandard construction materials.

And although the construction industry in the U.S. isn’t immune to this, Hoeing says that, in his own experience, he hasn’t seen construction scams in the U.S. that actually resulted in a building being this badly compromised.

He ends by giving perhaps the best advice for anyone who’s thinking about going into HVAC estimations, or even estimating in general, “The safest way to go about it is bid it for the spec. Then you won’t get yourself in trouble.”

Getting the exact details of a project’s specifications hammered out can be time consuming and tedious. It’s not for those prone to instant gratification. A good estimator has got to be patient and diligent, and those qualities are rewarded with estimates that are accurate, saving contractors time and money in the long run.