Big changes are coming to HVAC certification in January of 2018. 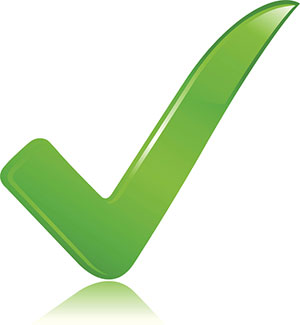 The Environmental Protection Agency (EPA) is extending many of the rules that have been in place for regulating and reducing the use of chlorofluorocarbon (CFC)-based ozone depleting substances (ODS) commonly used in refrigeration systems.

Despite the trend toward substituting CFCs with less-damaging refrigerants from the hydrofluorocarbon (HFC) family, in 2016 the EPA expanded regulations by requiring certification for technicians and installers working with the HFC-based refrigerants that are more commonly used these days:

Even more changes are coming in 2019, when the agency will implement new leak inspection and verification requirements.

These aren’t the first changes in federal rules for handling environmentally sensitive refrigerant gases and they won’t be the last. The agency stepped down the available allocation of R-22 (one of the most popular CFC refrigerants used for decades). Decreasing amount of R-22 allowed to be sold:

And some of the most popular replacements, like R-410 and R-404, are likely to become just as scarce as they are taken out of circulation running up to a 2024 phase-out date.

If all this sounds like a lot for the industry to keep track of, well that’s because it is… and in the opinion of some HVAC techs, engineers and installers, it’s both complicated and unnecessary.

No matter what you think of these new rules, you’d better start paying attention because it’s likely to affect everyone working in the industry.

‘Show Me Your Papers’: The Clean Air Act Is The Law of the Land

Although many states and local jurisdictions now have licensing laws and regulations covering HVAC workers, there is one big gorilla in the room in the U.S. HVAC industry: the EPA. Dealing with the EPA and environmental regulations comes with the territory, and no other agency or set of rules has more impact on the day-to-day business operations of HVAC – so we have no choice but to get used to it. 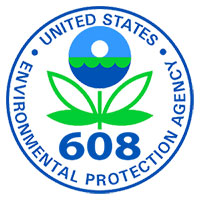 It’s all but impossible today to work in HVAC/R without a Section 608 certification from the agency. Techs, engineers and installers who don’t keep up with EPA regulation updates like the changes to 40 CFR 82 (the section of the Code dealing with the protection of stratospheric ozone) that went into effect January 2017 aren’t going to last long in the industry.

Some industry veterans have said that of all the different licenses and certs they carry, Section 608 certification is the only one that they ever actually had to show to anyone.

One 30-year HVAC veteran told us, “All I can tell you is, I never once in all my career had somebody come up to me—and I was in plenty of commercial and state and federal buildings—never was I questioned as to whether I had my low voltage license on me or my low pressure vessel license, or the refrigeration license.“ The only one that you would ever really be required to show was the Universal Refrigeration License.”

Do EPA Regulations Keep The Industry Safe and Fair, or Only Add Red Tape?

There is grumbling in the HVAC community every time the EPA enacts changes in refrigerant gas regulations, despite the fact that the changes almost invariably lead to more business. Every change means new certification requirements, more continuing education, and sometimes new equipment for shops, homeowners and businesses to purchase.

The alternative options include some that are theoretically drop-in replacements, which can be loaded directly into existing systems to replace the banned substances. But in practice, it’s rarely that simple. Different performance characteristics and pressures make adjusting to new refrigerants a big part of the HVAC technician’s job.

Every time they come out with a new refrigerant, it’s a whole new learning curve that involves figuring out how they function in existing equipment that used to run the old refrigerant.

Do the Conspiracy Theories Hold Water?

Conspiracy theorists in the industry huddle in online forums and attempt to correlate new ODS restrictions to expiring patents that major corporations hold on certain refrigerants. The theory usually presented says that when a patent expires, the manufacturer makes less money on the old product… so by encouraging government restrictions they can move the industry to new products at higher costs.

Even if the conspiracy theories seem far out, there are still plenty of reasons to be skeptical.

For example, the EPA’s own analysis of the greenhouse gas emissions from a typical vehicle call into question the emphasis on refrigerant gasses, particularly those leaking from automotive A/C systems. According to a 2016 EPA fact sheet, the CO2 emitted from a car’s tailpipe over about 3 months of regular driving would have the same greenhouse impact as releasing the entire amount of refrigerant from the same car’s A/C system into the atmosphere. Barring some catastrophic rupture of the refrigerant lines, of course this would never happen so the comparison is a real stretch.

Since cars typically drive for many years before needing their A/C systems charged, it strikes a lot of HVAC mechanics as a little hysterical to focus on regulating CFCs and HFCs with the same kind of focus as fuel economy standards. Perhaps the most telling thing is the fact that regulations on fuel economy standards (which have the biggest potential for reducing greenhouse gas emissions) are relatively lax when compared to the evolving standards enforced for refrigerants used in residential and commercial AC and refrigeration systems.

There’s also evidence to support the view that the electrical energy consumed by overused A/C systems has a greater environmental impact than the HFC-based refrigerants in those systems. According to a 2010 article in The Guardian, almost 20 percent of U.S. electrical consumption is attributed to air conditioning. In fact, the amount of electricity used just to run AC systems in the U.S. is more than all the electricity used for all power consumption in homes, business and industry for the entire continent of Africa. Compared to the loads of carbon emissions pumped out by the power plants supplying that electricity, accidental HFC releases are a drop in the bucket.

A lot of the friction between the EPA and HVAC techs comes from a difference in focus. Regulators are most concerned with external environmental effects of escaped gases; HVAC mechanics are focused on the performance characteristics of the chemicals when they are used properly. Many mechanics view government mandates to increase efficiency while at the same time reducing leakage as contradictory, and here’s why: Regulations effectively nudge manufacturers to use thinner, more fragile—and more likely to leak— copper lines. The reason for this is simply because the thinner metal used in refrigerant lines transfers heat or cold quicker, making this an easy way for manufacturers to improve the efficiency of a system to bring it in line with increasingly stringent federal standards.

The emphasis on ozone depleting substances is subtly different from concerns about greenhouse gases. The complexity of climate science often gets lost in the shuffle of public debate, but in fact, there are good reasons to believe that the mandatory training for CFC handling and restrictions on manufacturing have lead to verifiable repairs to the Earth’s ozone layer.

Of course, the ozone layer is known for filtering damaging ultraviolet radiation down to manageable levels. Although a serious concern, the ozone depletion problem isn’t the same as global warming. So even though the ozone layer is on its way to becoming healthy again, the EPA has found other concerns as global atmospheric and oceanic temperatures continue to rise.

Every tech knows that solving one problem in a complex system sometimes just shows you what the next problem is. The HVAC industry and anyone working in it can probably expect new regulations to come out as new safety or environmental issues are discovered.

Personal opinions about EPA regulations aren’t going away, but neither is the EPA itself. Just like climbing into scorching hot attics or skating across icy rooftops, certification and environmental regulations are a part of the job. HVAC technicians and installers just have to adjust to the challenges.

Improvements in solid state refrigeration or some other technical breakthrough that isn’t even on the radar yet may eventually put the entire question of dangerous or environmentally-sensitive refrigerants to rest. But you can be sure that health and safety considerations at both the state and federal level will be something you have to consider no matter what kind of equipment you are working on.

The success of laws such as the Clean Air Act in decreasing air pollution and stopping the degradation of the ozone layer represent one of the clear wins for government regulation. And the reality is that the EPA isn’t going anywhere, even in the current political climate—dramatic budget decreases may affect enforcement actions, but the laws the agency implements are on the books already and Congressional gridlock is likely to prevent any of them from being overturned anytime soon.

And states like California have shown every intention of stepping in to step up any regulatory relaxation that may occur at the federal level. California’s Climate Change Scoping Plan already implements a Refrigerant Management Plan and has an independent reporting tool that could easily fill the gap should the EPA step back from Section 608 enforcement.

Smart HVAC techs and installers learn the rules and work within them. The smartest technicians learn them well enough to be able to explain the alternatives and trade-offs intelligently to their customers instead of just griping about the problem… providing great service and usually earning more money in the process.