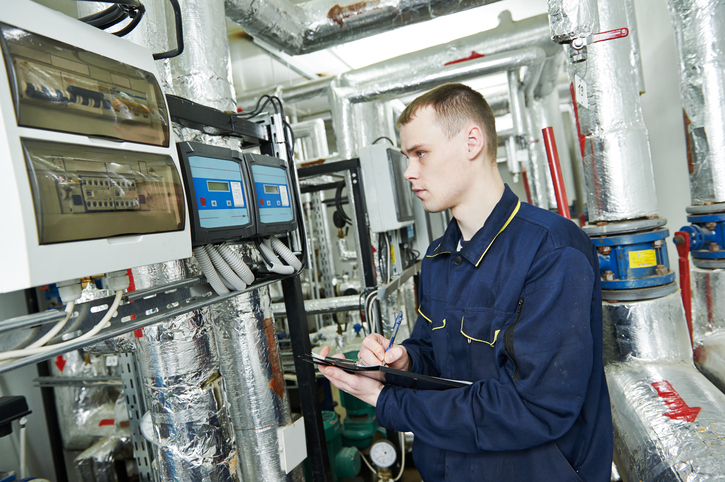 To the uninitiated, 21st century HVAC technicians talking about ultrasonic leak detectors and iManifold remote probes might sound like they’re on the set of the next installment of the Star Wars saga. Today’s techs eat hardwired electronic control systems for breakfast and debate the merits of Internet Protocol (IP) control schemes like LON versus BACNet over lunch.

A mechanic frozen in time since the early 1970s would have no idea what these guys are talking about. But there are plenty of guys still kicking ass on the job today who got their start back in that era, and you can bet they have seen a lot of changes in the field. The ones who learned how to evolve with the changing technology are the ones you still see out on jobsites and in union halls, and the ones that didn’t keep up have gone the way of the dinosaurs.

In The HVAC Industry, The Times Are Always Changing

Spurred on by the oil crisis of the late 1970s, HVAC systems efficiency became a big concern. Federal rules established by the Department of Energy set targets for efficiency, which demanded more precise and reliable controls to run equipment only when necessary.

The original control systems were pneumatic. Because HVAC mechanics were already familiar the behavior of pressurized systems, and managing airflow required mechanical actuators to open and close valves and dampers, pneumatics were a natural fit for their expertise. Installing electromechanical relays in ladder logic systems was cutting edge at the time, and the clatter of contacts was music to the ears of HVAC techs after performing a successful installation.

But mechanical wear and tear takes a toll on any system and electronic switches eventually proved more effective and long-lasting… another change that swept through the industry by the mid-eighties, and required new skills from technicians.

The trend was toward creating standardized, unitary systems, with all the control elements integrated onto a single motherboard. This shift put a premium on technicians who knew technology and could troubleshoot complex computerized systems. The industry outgrew the point where an experienced technician could just keep all the information they needed in their head.

“It’s definitely challenging,” one 30-year industry vet told us, “The scope of work in the air conditioning field today is a constant challenge…. The changing evolution of technology, the learning curve, is going to be the biggest challenge for people in the HVAC business today.”

New international agreements like the Paris Agreement to the UN Framework Convention on Climate Change have a major effect on the industry as common refrigerants are phased out and standards for efficiency are ratcheted tighter and tighter.

Going out into the field and slapping a set of gauges on a system no longer tells a tech everything they need to know about what is going on system wide. Each new replacement, even the so-called drop-in replacements that can work in old systems, have different pressure requirements and performance characteristics.

The same is true of control systems. Today, solid-state microprocessors and advanced software controls have come to dominate new systems. But the thousands of electrical or pneumatic systems that were installed over the past forty years have not disappeared overnight. Technicians in HVAC today can expect to encounter all kinds of control systems from all kinds of different manufacturers.

What the Future Holds for HVAC Technicians

Already, many HVAC systems are controlled over the web and technicians can sometimes manage and even troubleshoot some aspects of these systems without ever leaving the office. There’s even an iPhone app to help HVAC techs troubleshoot web-based control systems.

And it’s rare for those HVAC systems to run in isolation. More commonly, they are only one part of larger home or building automation systems (HAS/BAS). The infrastructure that these systems run on is often outside the control of HVAC professionals. Being able to communicate with the IT geeks who own the networks the systems talk across is becoming more and more important.

The future promises even more exotic changes. The Internet of Things is coming to every industry, and in HVAC, it means smart switches, intelligent air handling units, and self-regulating compressors. Nest thermostats are already old news to residential HVAC techs—Emerson Climate Technologies reports that 33 percent of thermostats sold in 2014 were wifi-enabled—but industrial controls in BAS systems are starting to catch up.

In fact, the design of buildings themselves is being driven by HVAC efficiency considerations. LEED (Leadership in Energy and Environmental Design) green building standards are making buildings themselves easier to heat and cool through features such as passive solar heating, shading and glazing, and heat recovery ventilators.

Some of these technologies seem like bad news for the industry, such as the cool brick, a passive evaporative cooling feature that has no moving parts and no controls. But that’s looking at it too simply. In fact, cool bricks and every other kind of new technology have limitations and parameters that only experienced and knowledgeable HVAC mechanics will understand… for instance, the evaporative technique used in the cool bricks may work wonderfully in a dry, desert climate, but will be inefficient in more humid regions like the American South.

And other innovations will unquestionably make life easier for techs. Many already swear by iManifold digital sensors and instrumentation. And fanless compressor technology reduces one possible point of failure in the system elements that are already most likely to fail.

The only certainty in the future for HVAC technicians is that what they will be working on in ten years won’t be the same as what they are working on today. A thirst for knowledge and an ability to adapt to changing technologies will characterize the successful HVAC engineer of the future.