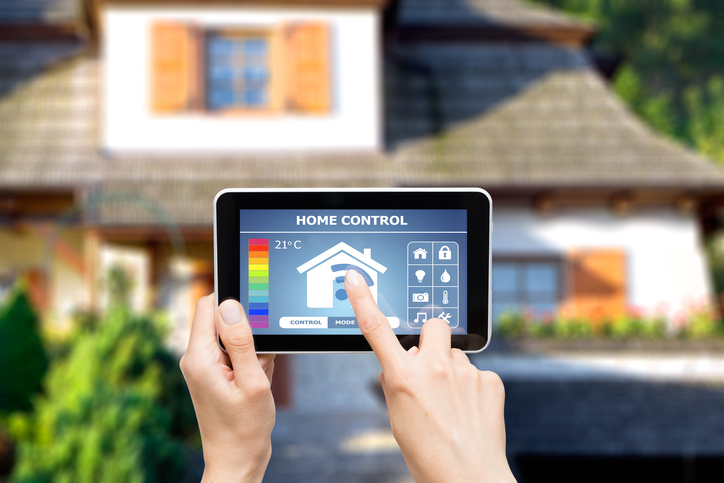 The benefits to having automated controls to manage HVAC systems are obvious from an efficiency standpoint. Much of the waste that happens in HVAC comes when a unit is running hard to heat or cool a space that no one is in. And for large buildings with complicated airflow systems, manually adjusting the necessary array of valves, dampers, and other apparatus could quickly become a full-time job… till along came building automation systems.
Sponsored Listings
Featured Programs:
Sponsored School(s)

As big commercial buildings with early HVAC systems began to open up for upgrades, engineers rose to the challenge of creating control systems. Simple pneumatic or electromechanical control circuits, built using ladder logic to slave heating, cooling, and airflow units to either thermostats or timers were installed to provide a rudimentary system for maintaining environmental ranges in buildings or rooms only when necessary.

But those systems are in a whole separate category from the digital controls used today. Microprocessors made controllers smaller and more powerful at the same time, with programmable logic that was solid state and could be controlled by wire. This made installation or retrofitting an easy business and building managers jumped to take advantage of it.

This trend was really kicked into high gear by the energy crisis of the 1970s. In 1976, one of the first startup energy management companies, REMCO, started putting computerized control systems into commercial air conditioning equipment.

Energy management was just coming into prominence because of the oil embargo and at that time you couldn’t have a thermostat in a commercial building above 68 degrees… they had rules that were in place to conserve energy, so companies just sprang out of the woodwork to meet the demand when that happened.

Johnson, Honeywell, and other titans of the HVAC controls landscape at the time were primarily pneumatic control companies. The more advanced electronic controllers that REMCO and other startups were manufacturing and installing required significant retrofitting.

BAS is at home in buildings with significant temperature variations

It’s not just big buildings that benefit from BAS, though. HVAC operations and service manager Kyle Buscher points to fast-food restaurants as being among the early adopters of Building Automation Systems. 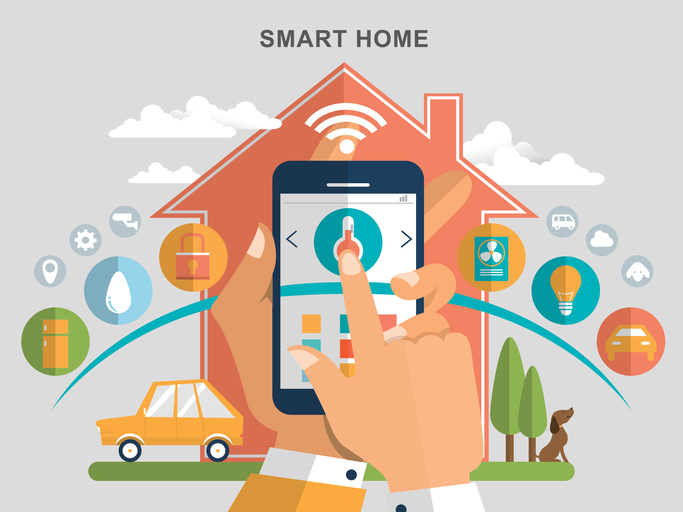 Controlling the temperature of your home

“They have one rooftop serving the whole area. When you’ve got 85 degrees in the back where all the frying equipment is, and 70 degrees in the front, there’s no way to balance that other than a building automation system,” he points out.

The same is true of houses, where Home Automation Systems (HAS) are taking off, most prominently the NEST thermostat. With installation as simple as performing a drop-in replacement of the existing thermostat, the systems are a snap for HVAC technicians to put in and for families to use.

Building Automation Becomes a New Field Within a Field

Today, distributed digital controllers tied together through electronic networks run complex computer code to ensure that systems are running at the highest efficiency possible while still keeping the environment safe and comfortable.

Building automation has become such a complex and focused part of HVAC work that it is starting to become a separate specialty within the controls field.

Because BAS/HAS systems don’t restrict themselves solely to HVAC controls, mechanics also find themselves working with lighting, security, and other interconnected components.

BAS can be as much about maintenance as conservation. A system with independent, smart controllers can monitor itself and self-diagnose issues before they come to the point where a human technician would notice them. BAS systems can prompt filter changes, alert to excessive system loading, or detect unusual temperature or humidity transients. And cloud-based monitoring, as performed by startup control providers like Minnesota-based 75F, takes the problems off the hands of the customers.

“A lot of times we’ll get a call from the company, 75F, saying ‘hey, there’s an issue going on at this building,’” says HVAC operations and service manager Kyle Buscher. “We go over there and they don’t even realize the issue has happened yet.”

Building Efficiency for a Sustainable Tomorrow (BEST) Center is one organization that offers a solution for keeping the current workforce of HVAC mechanics, building engineers and controls technicians up to speed while also ensuring new blood coming into the field is adequately trained in the latest in building automation technology. BEST represents a consortium of industry associations, community colleges and public four-year schools offering both entry-level programs and advanced workshops on BAS and industrial controls with a focus on sustainability.

The Future of HVAC Control Automation

This is absolutely true when it comes to building automation systems.

The Internet of Things (IoT) is a case in point. The concept behind IoT is that intelligent function and independent, but networked, control will be pushed down further and further into the controls system, to the point where, for instance, a variable speed motor will throttle itself up in response to demand from elsewhere in the system, but will manage that process to minimize wear and tear according to its own sensors and logic.

IoT calls for cheap, standardized, resilient controllers. As this concept sinks into HVAC controls, it will mean easier installation and fewer maintenance concerns. When a thermostat goes out today, it means an immediate service call—that zone is completely out of service until it is resolved. With an IoT-equipped BAS, however, a dozen temperature monitoring points might exist in a zone, and if one goes down, the rest will pick up the slack until it can be replaced at your leisure.

IoT concepts are already found scattered through many families of BAS/HAS devices, like the 75F system. which uses cheap, smart, standardized controllers interfaced with a cloud-based management backend. That trend will likely accelerate and spread into other HVAC controls, however.

As that happens, it will fuel another major industry trend: Big Data. Sensor networks can monitor hundreds or thousands of points of information on discrete timelines as frequent as seconds apart. A real-time stream of this data is valuable; a collection of months or years can be pure gold for assessing performance and optimizations.

“The amount of information that the companies can gather as far as how things are operating is mind-blowing.” Kyle Buscher, Service Manager

Microsoft, as you might expect, is on the forefront of dealing with that amount of information when it comes to managing HVAC on its own campus. The company’s Global Optimization Center in Redmond monitors data coming in from facilities around the world, more than 45,000 sensors feeding half a billion individual data points each day. In 2015, collection, analysis, and implementation of system alterations based on that data saved the company $1.23 million.

Storing and parsing that amount of data is not a trivial task, however. 75F, again, represents one possible solution, which is outsourcing management to cloud-based HVAC services companies. The data can be accessed by managers or technicians anywhere in the world.

It can be hard to know what’s the future and what is snake oil, though.

“It seems like at least once a week or every two weeks someone is trying to come in and sell a new fancy air cleaner,” says Kyle Buscher. “Everyone’s trying to get a piece of the pie and it makes it kind of congested as far as what’s actually worth it.”

In Buscher’s mind, data collection, ease of installation, and user-friendliness are what differentiate the truly useful solutions from the gimmicks.

The industry is going to see plenty of genuine breakthroughs in the coming years, and every HVAC mechanic will have to stay up-to-date on solutions to be an effective troubleshooter and source of advice for customers looking to save money and incorporate more sustainable practices.