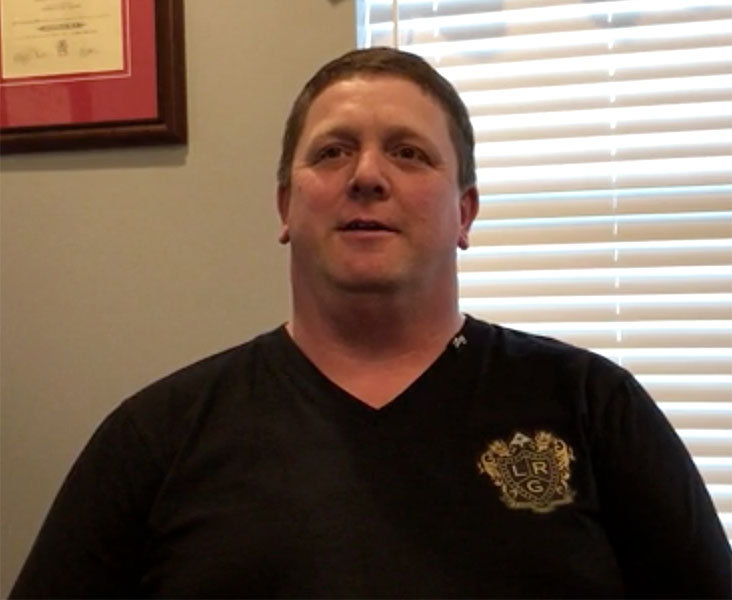 Anyone convinced that employee loyalty is a thing of the past never met Mike DeRicco. Twenty-six years strong in the HVAC industry and he’s with his third employer. Yes, it’s true. He’s worked for just three companies throughout his career. “The first gentleman I worked for retired and sold the company, and the second one I left on my own because I wanted to get into the commercial end of the trade.”

That’s it. No drama, no fanfare, no salacious back story. DeRicco is a prime example of someone who’s been steadfast and loyal to the industry and, in return, the industry has provided him with a career that has lasted nearly three decades (and counting).

He really likes his job, he really likes the work he does, and he didn’t exactly jump at the chance to tell me something he finds frustrating about the profession or the industry. “I can honestly say I don’t find much frustrating,” he says, with a laugh. “I don’t know if it’s because I enjoy it so much or that I overlook that, or if it’s just that there isn’t anything that’s frustrating, but I can honestly say I love my job and I love the work that I do.”

DeRicco works as a service technician for a commercial-industrial HVAC service company headquartered in the Pittsburgh area, the city DeRicco calls home. His job affords him the opportunity to work prime hours—7AM-3PM, Monday through Friday—which means he’s always home for dinner and around to spend time with his family. When asked what he likes most about his job, he is quick to point out the regular hours, which is something more commonly found on the commercial side of the industry.

Putting in His Time, Paying His Dues

It wasn’t always like this, he is sure to reiterate. While working in the residential market, which he did for the first 15 years of his career, he put in his share of odd hours. He used to work around the clock, which caused quite a bit of stress.

As a commercial-industrial service tech, DeRicco doesn’t go out after hours (most of the time), and he’s not on call. But he says few commercial companies hire new techs straight out of school. Instead, he says, new guys should expect to devote at least five years to the residential market before moving into the commercial market.

“When you get out you’re probably looking to do some residential work,” says DeRicco. “Don’t set your expectations too high that you’re going to go to a large commercial company…because it’s probably not going to happen.”

Perhaps his realistic view of the HVAC industry and of the profession has been his secret to a successful and long-lasting career. He put his time in, paid his dues, and he is clearly reaping the rewards as a result.

But DeRicco’s enviable service tech job didn’t come easy, and he’s put in his share of hard work, starting with a high school vo-tech program. He said he actually signed up for carpentry, but the class was full. “They gave me the option of either HVAC or machine shop. I went with the HVAC because my grandfather used to work on furnaces.” And the rest, he says, is history.

It’s no wonder, then, when I ask him what advice he’d give to someone thinking about HVAC as a profession, DeRicco says …

“Start with a trade school. Without that you would be lucky to find someone who would want to teach you their job.”

He also says that new guys in the profession who completed HVAC training have the knowledge necessary to start gaining experience in the field. According to DeRicco, while some companies will only hire techs with experience, other companies are quick to snatch up new techs with no experience because they “aren’t set in their ways” and are easier to train in the field. DeRicco says his experience with new techs has been that they are “eager, willing to work, and want to learn.”

DeRicco also knows a thing or two about staying on top of his game. He says that continuing education is important for all techs and installers in the industry, given that the industry is constantly changing and manufacturers are always coming up with new technology and equipment. DeRicco says that staying on top of the newest technologies is one of the most important things HVAC pros can do.

So, how does he stay on top of the swiftly changing HVAC industry? By attending classes offered by local distributors. He says that manufacturers often come into a distribution facility and talk about new technology and the new ways they are doing things. He said this type of training is a wise thing to do, particularly as machines keep changing to keep up with green technology and energy efficiency standards. Plus, he says his employer pays for him and the other service techs to attend these training classes.

According to DeRicco one of the biggest mistakes techs and installers make in the industry is not keeping up with the changing technology.

The State of the Industry

For a guy who’s been in the business for nearly 30 years, the obvious question is: What do you think the state of the industry and profession is like in Pittsburgh? For DeRicco, the best answer he could give is that he’s been out of work for exactly two weeks throughout his entire career, and that was when his first boss retired and he had to look for a new job. “I signed up for unemployment and I believe I got one check before I was back up and working.”

DeRicco points out that a there’s a lot of work in the construction part of the trade. “Buildings are always going up around here,” he says. As a result, DeRicco says he’s seen a lot of HVAC jobs in construction/installation.

And he’s right. The Greater Pittsburgh region has been referred to as model of stability, with job growth outpacing the state of Pennsylvania. Low energy and gas prices and a robust labor market have kept unemployment at a steady 5 percent here, which has allowed the construction industry to remain strong. The hotel construction industry alone in Pittsburgh is booming. It’s now one of the fastest-growing hotel markets in the nation, behind only Miami and NYC.

In addition to the actual service aspect of his job, DeRicco is responsible for completing all paperwork associated with the jobs he completes. He says he is able to do everything from his phone—from receiving the work orders from the office to typing them up and sending them back.

He’s also found out the secret to minimizing stress: doing his paperwork daily instead of letting it build up. “There are guys that don’t [keep up with their paperwork] and hear from the office that they are all backed up with paperwork,” he says with a laugh.

Is there anything he wishes someone would have told him before entering the field? “That I would do 85 percent of my work on the roof of a building. No one told me years ago that I’d be standing out in the weather,” he says. Although he’s quick to point out that this nugget of information would not have changed his mind about entering the field.