In Pennsylvania, HVAC professionals with earnings in the top 10% among their fellow tradesmen make an average annual salary of $65,640, or $31.56 an hour.US Department of Labor, Occupational Employment Statistics, 2015

Without state-imposed requirements to meet for initial licensing, getting started in the field is all about preparing to be a strong entry-level job candidate.

There are clear benefits that come with hands-on HVAC technical training and classroom instruction through a technical college or trade school program:

Under the federal rules of the Clean Air Act, only certified professionals are allowed to test line pressure, add, or otherwise work with certain controlled refrigerants commonly found in HVAC and refrigeration systems. Due to the ozone depleting properties of Freon and ammonia-based refrigerants, proper handling protocols must be followed for recovering, recycling and reclaiming these chemicals.

Pittsburgh registers HVAC contractors. To qualify for an HVAC contractor license, you must be at least 18 years old and provide evidence that you have completed at least 4 years of experience in HVAC construction. To apply, you must:

Pittsburgh HVAC contractor licenses are renewed annually at a cost of $278.

You must also provide hold a Certificate of Insurance and worker’s compensation insurance if you have any employees. The application fee is $50. No examination is required to become an HVAC contractor in Altoona.

In Philadelphia, HVAC contractors are required to hold one or more of the following licenses:

To qualify for the Warm Air Installer or Engineer license, you must:

All contractors, including those doing HVAC servicing and installs, must complete a Home Improvement Contractor Registration application and pay a $50 application fee. You will register as one of the following:

You will be issued a unique PA Home Improvement Contractor Number (PAHIC #) that you must include with all estimates, proposals, and advertisements.

Green energy jobs now account for about 66,000 direct positions in Pennsylvania (more than 13,000 jobs in Pittsburgh alone), up 15 percent from 2014, according to a 2016 report entitled “Clean Jobs Pennsylvania” published by BW Research Partnership and sponsored by the Environmental Entrepreneurs and the Keystone Energy Efficiency Alliance. 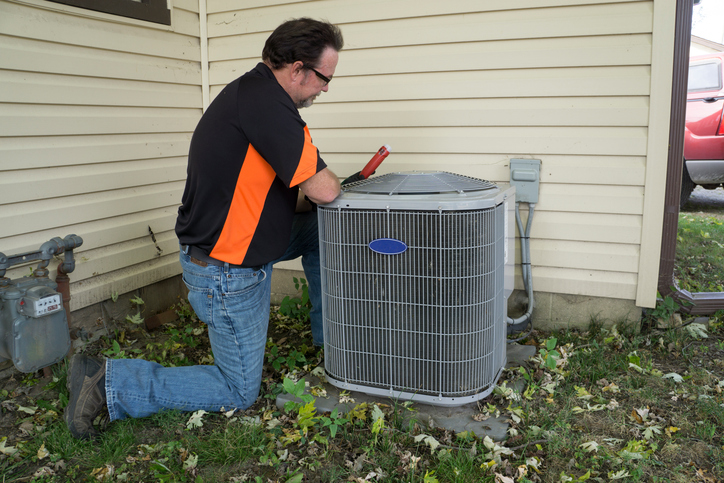 According to the report, clean energy jobs were found in every Pennsylvania county, congressional district, and state legislative district.

Bob Keefe, executive director of Environmental Entrepreneurs, said that some of the top jobs in green energy include upgrading HVAC systems, improving energy efficient lighting, and installing insulation in homes, schools, and commercial and industrial sites. Jobs in these areas account for about 53,000 clean energy jobs.

To get a better idea of the size and importance of the clean energy industry in Pennsylvania, consider that just 36,500 Pennsylvanians work in the mining, oil, and gas industries combined. Nearly 6,000 clean-energy companies contribute to Pennsylvania’s economy.

In Pennsylvania, HVAC professionals with earnings in the top 10% among their fellow tradesmen make an average annual salary of $65,640, or $31.56 an hour. The median salary for HVAC technicians in the state is $46,000, or $22.12 an hour (US Department of Labor, Occupational Employment Statistics, 2015).

In Bethlehem, Lancaster, York, Erie, Scranton, Philadelphia, and Union, the recorded salaries were higher than the national average.

The job market in Pennsylvania is projected to rise by 11.4% from 2012-2024, adding 1,520 new jobs to the construction industry—or an average number of 360 new jobs per year (Pennsylvania Center for Workforce Information & Analysis).

We’ve included data from the US Department of Labor showing annual salaries and hourly wages of HVAC technicians in fifteen of Pennsylvania’s largest cities. This ranges shown here represents the median to the top 10% for each city.