Oregon does not have an HVAC-specific license. Instead, the Oregon Construction Contractors Board requires HVAC technicians and installers to hold a Limited Energy Class B (LE/B) license.

As an LE/B, you must work for an electrical contractor, a limited energy contractor, or for an employer in an industrial plant. You would start out in an entry-level position as an apprentice, trainee, helper or assistant as you work toward gaining the experience required to earn your Limited Energy Class B license.

The Board recognizes three paths to becoming a licensed LE/B:

How to Become Licensed as a Limited Energy Technician, Class B (LE/B)

Completing a formal HVAC/R program through a technical school or community college will provide you with the foundation needed to enter the field as an educated and knowledgeable apprentice or trainee.

Because apprenticeships in Oregon tend to be highly competitive, applicants with a background in HVAC through a formal HVAC program may enjoy an advantage during the application process. (Many programs rank applicants according to a “point” system, with more points given to applicants with previous education or experience.) To this end, a number of HVAC/R technical school programs in Oregon are even approved as pre-apprenticeship training programs through the Oregon State Bureau of Labor and Industries (BOLI).

Some technical schools actually offer apprenticeships that meet BOLI requirements and that result in earning an Associate of Applied Science along with an LE/B license and other state-mandated certification.

If you choose to complete an HVAC program outside of a formal apprenticeship in Oregon, you must complete your period of work experience under a contractor licensed as a Restricted Energy Contractor (CRE) and a Limited Maintenance Specialty Contractor HVAC/R (LHR). Technical schools often offer job placement assistance to help make the transition from student to entry-level employee a little easier.

Federal EPA and Oregon Brazing Certification for Working with Refrigerants

Completing an HVAC technical program or apprenticeship will often include test preparation and the testing itself for earning Federal EPA Section 608 Certification and Oregon State Brazing Certification for handling refrigerant.

The Environmental Protection Agency’s (EPA) Section 608 Certification is required to meet the federal requirements of the Clean Air Act for handling controlled refrigerants known to cause ozone depletion. Anyone working to test pressure, add, or otherwise handle these common ammonia and Freon-based refrigerants must be certified in the proper procedures for recovering, recycling, and reclaiming these chemicals:

If you want to take your HVAC/R career to the next level and establish your own HVAC/R business, you can apply to become a Limited Specialty Contractor HVAC/R (LHR). An LHR license is required for any HVAC/R jobs totaling $1,000 or more.

A booming housing market and a shortage of qualified construction workers means that for knowledgeable and qualified HVAC technicians and installers, there’s no better time than the present. 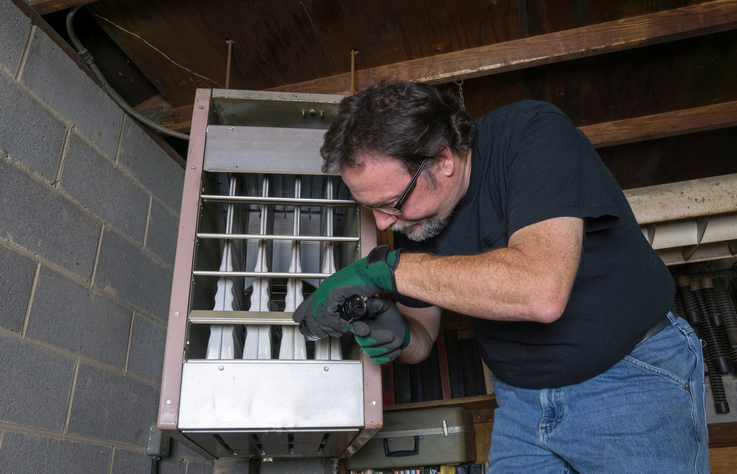 According to the Associated General Contractors of America, 32 states added construction jobs in 2016. Oregon ranked second in the nation for the number of new construction jobs added in 2016 (7,600 new jobs). Oregon’s growing housing market is good news for everyone, although for many contractors, it is also frustrating, given the shortage of construction workers throughout the state.

For example, Bend is still struggling to regain most of its construction workers, many of whom left following the market crash in 2007 and never returned. The lack of construction workers in Bend has resulted in a severe housing shortage. The city now estimates that it will need about 13,000 units to accommodate a growing population through 2028.

Bend’s housing market continues to soar with dozens of people moving into the city each month. However, builders are often forced to delay or even turn down jobs because they don’t have the employees necessary to handle the work.

In Eugene, Portland, and Corvallis, the recorded salaries were higher than the national median for HVAC technicians.

The data below is sourced from the US Department of Labor and shows the median to top 10% of earnings in both average annual salaries and hourly wages. We’ve included data for ten of Oregon’s most populous cities.

The Job Market for HVAC Technicians in Oregon

According to the Oregon Employment Department’s 2012-2022 job forecast, “five of the six fastest-growing sectors [in Oregon] are in the construction trades.” The opportunities and job openings for HVAC technicians in the state are expanding just as quickly.

During the twelve-year span between 2012 and 2024, the HVAC job market in Oregon is expected to rise by 16.3%. This will increase the total number of HVAC jobs by 490, which amounts to an average of 100 new job openings per year (The State of Oregon Employment Department).

The State of Oregon Employment Department also listed HVAC technicians in the state’s “Occupations In Demand 2016” report, which lists the most promising career opportunities in the state.