The top 10% of HVAC technicians in the state make an average annual salary of $60,110 (or 28.90 an hour) as of 2015.The US Department of Labor’s Occupational Employment and Wage Statistics

HVAC technicians and installers licensed through the North Carolina State Board of Examiners of Plumbing, Heating and Fire Sprinkler Contractors at two levels:

An HVAC program leading to a career diploma, certificate, or Associate of Applied Science (AAS) prepares students to design, install, and service air conditioning, heating, and refrigeration equipment. Many programs offer flexible coursework options, including evening and weekend classes, while others offer distance-based study, either partially or fully online. Many prepare graduates to take the EPA certification examinations and enter the field as knowledge technicians, skilled in:

EPA regulations under Section 608 of the Clean Air Act require that technicians who repair, service, maintain, or dispose of equipment that could release refrigerants into the atmosphere must be certified. You must be EPA-certified if you attach and detach hoses and gauges to and from an appliance to measure pressure. This applies to virtually all HVAC service and installation work, so this is an industry-standard card that all HVAC professional hold.

You must determine which type of certification you will need based on the type of systems you work with and then take an examination covering a core section and a section that aligns with one of the following certification types:

You can take the EPA examination at one of the community college testing centers (You can view the list of North Carolina’s CFC Testing Centers here.) or take the exam at home if you are applying only for the Type I certification.

The fee to take the examination is $40. The exam is open book, and you can purchase a self-instruction manual for an additional $20.

License Categories for HVAC Technicians and Contractors in North Carolina 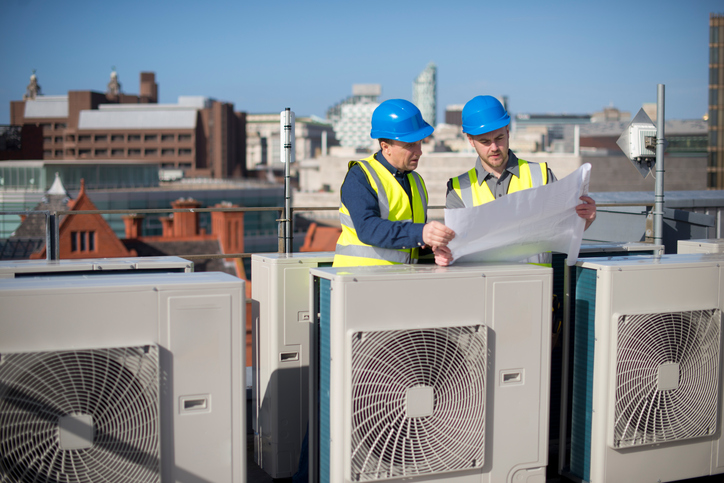 Your application and examination (and subsequently your North Carolina HVAC license) will reflect a specific heating group/class under which you are permitted to work. You may apply for more than one group/class.

The Board recognizes the following groups for heating technicians:

While licensed as a heating technician, you work for a contractor in the same category:

The Board recognizes the following groups/classes for heating contractors:

How to Become an HVAC Technician, Contractor in North Carolina

Note: The North Carolina General Assembly enacted new legislation that became effective on October 1, 2016. However, the portion of the General Statute that detailed the licensure of heating technicians was omitted unintentionally. Until the matter is resolved (may take several months), the Board will not be able to accept examination fees, administer examinations, or issue licenses for heating technicians. In the meantime, you may still submit your application. You can read more about this delay of heating technician licenses here.

Once you have completed your HVAC education and related on-the-job training, you must complete the Application for Examination to become an HVAC technician.

You must include details of your experience with your application, including all applicable W-2s or 1099s, along with the $100 examination fee. If you are adding any sublicenses, you must complete the Sublicense form and submit the $25 sublicense fee.

Once your application is approved, the Board will send you written notification, which will include instructions on how to schedule the examination. You must sit for the examination within 30 days of receiving your approval letter.

Examinations are given daily at the 7 testing centers located throughout the state:

You can read more about the examination process here.

There are no continuing education requirements for HVAC technicians and contractors in North Carolina. All licenses must be renewed annually (December 31) at a cost of $150

All persons, firms, or corporations in North Carolina that work on commercial/industrial refrigeration systems must hold an active Refrigeration Contractor license with the State Board of Refrigeration Examiners if they do installs or maintenance/repair on refrigeration equipment and components.

To be eligible to take the Refrigeration Contractor’s license examination, you must:

You can read more about the Refrigeration Contractors Exam, including the general outline of the exam, through the Exam Workbook. The Board will schedule the exam for you.

The Refrigeration Contractor’s license must be renewed annually at a cost of $40.

According to the North Carolina Home Builders Association, there’s plenty of new construction to go around, just not enough skilled workers. Developers in the Triangle are finding that their biggest challenge is no longer the jobs—it’s the lack of skilled workers to handle the jobs.

The region lost about 5,600 construction jobs following the 2008 recession. Fortunately, the industry is rebounding, but the lack of skilled labor is not rebounding as quickly. Many workers left the state when the economy plummeted.

Because of the skilled labor shortage, North Carolina’s construction industry is reaching out to high schools and community colleges to encourage young people to get into the construction trades.

For HVAC technicians and contractors in North Carolina, this is a good problem to have, since a shortage of skilled construction workers means more competition among construction companies trying to hire skilled workers, which translates into higher pay.

New graduates, in particular, are valued in North Carolina’s construction industry because of their knowledge in not only existing HVAC systems, but also in today’s advanced building automation systems.

In Durham, Fayetteville, and Chapel Hill, the US Department of Labor recorded that the salaries were higher than the national median for HVAC technicians.

We’ve compiled data from the US Department of Labor showing annual salary and hourly wage ranges from median to top 10%. These salaries represent the earnings in North Carolina’s twelve most populous cities.

The Job Market for HVAC Technicians in North Carolina

According to statistics provided by the US Department of Labor’s Occupational Employment Statistics, in the 12 years between 2014 and 2024, the job market for HVAC technicians in North Carolina is expected to grow by 16.3%. This growth in the HVAC field is expected to open up about 1,980 jobs (380 new jobs a year).

According to the Federal Reserve Bank of Richmond’s monthly economy report, total employment in North Carolina “rose by 1.9 percent from November 2016 to January 2017, outpacing the national rate of 1.6 percent.” Most promising of all for HVAC technicians, the construction industry reported the highest growth rate of all industries in the state—rising by 5.6% from November 2016 to January 2017, adding 10,600 jobs.

According to the North Carolina Labor & Economic Analysis Division’s employment projections for 2012-2022, the fastest growing industry is construction.