HVAC technicians in New York whose earnings fall within the top 10% make an average annual salary of $82,480 or $39.65 an hour, a figure that is well above the national average for each of these earning brackets.US Department of Labor, Occupational Employment Statistics, 2015

In New York State, HVAC technicians and contractors are required to meet city-specific licensing or certification requirements since there are no state-wide licenses available.

Although the qualifications for city-level credentials are far from standardized, the general knowledge required to obtain them follows a clear process: Enroll in a trade school or technical college program and earn a diploma or Associate of Applied Science in HVAC-R.

With building automation and high-efficiency systems now standard, these days HVAC is a field that is as much high-tech as it is high-skilled. The level of technical know-how installers and mechanics need means technical training and on-the-job experience are a standard part of career preparation for today’s HVAC techs.

HVAC Licenses Required by Some Cities In New York State

Although the state does not regulate HVAC-R technicians or contractors, some individual cities within the state have license or registration requirements for both categories.

You would gain the required experience on the job as an apprentice or entry-level employee of a contractor that holds the same license you are working toward. This means you will be following your employer’s guidance as to which license(s) you’re required to hold based on the kind of equipment you’ll be working on.

Other New York cities have various levels of licensing requirements for either technicians or contractors or both. This list is not comprehensive; check with your individual jurisdiction for details.

Syracuse – Both Individuals and contractors working on a broad variety of systems must obtain licenses from the city Department of Code Enforcement:

Albany – A Class A or Class B professional license from the city Department of Buildings and Regulatory Compliance is required for HVAC installation work.

Working with common refrigerants like ammonia or Freon requires federal EPA certification even when there are no local licensing or certification requirements.

The Clean Air Act mandates that anyone whose work involves testing refrigerant line pressure or performing maintenance or installation that involves the use of chemical refrigerants must hold Section 608 certification. This is common practice for HVAC techs, making the Section 608 standard for virtually all professionals in the field and a common requirement for entry-level employment.

There are four categories of certification under Section 608:

Almost all trade school and technical college HVAC-R programs include test preparation the administration of the exam as part of the curriculum. When you graduate, you will have all the qualifications you need to get started in the field.

Solid Prospects Ahead for New York HVAC Technicians and Contractors

Much of New York State is like the perfect storm for HVAC systems: hot and muggy in the summer, freezing cold in the winter. Nothing tests an HVAC installation like moving between extremes that require heating, cooling, and dehumidification year-round. 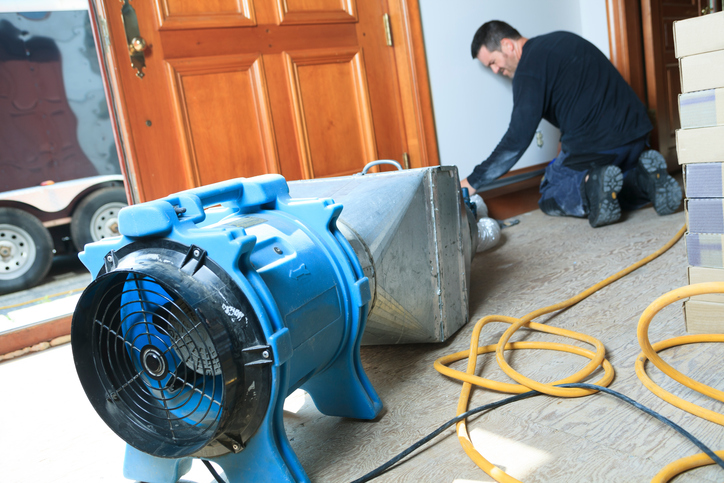 Those demanding conditions are part of what is driving the substantial increase in HVAC technician employment in the state over the next decade. According to the New York State Department of Labor, a nearly 27 percent bump in technician jobs is expected statewide.

Although there is more to New York State than New York City, many of those opportunities will be in the city, where construction never seems to end. A report by the New York State Building Congress found that Manhattan alone accounted for almost 60 percent of all construction projects in the city. The Wall Street Journal reports that the city may be going through the largest building boom in a generation.

Of course, not all HVAC jobs are in new construction. With many aging buildings and heavily-taxed HVAC systems remaining in operation, HVAC technicians are also in high-demand around the state to repair, maintain, and replace older systems.

HVAC technicians in New York whose earnings fall within the top 10% make an average annual salary of $82,480 or $39.65 an hour, a figure that is well above the national average for each of these earning brackets. The median wage is also higher than the national median at $50,040 or $24.06 an hour (US Department of Labor, Occupational Employment Statistics, 2015).

In Nassau, Ithaca, Syracuse, and Albany, the recorded salaries were higher than the national average.

We’ve included salary data for fifteen of New York’s largest cities, broken down by annual salary and hourly wage. The data is presented in a range from the median to the top 10 percent, and reflects the US Department of Labor’s 2015 report.

The Job Market for HVAC Technicians in New York

According to the New York Division of Research and Statistics, the state’s construction sector is expected to grow by 28.4% from during the ten-year period leading up to 2024, by far the most rapid growth rate of any major industry sector in the state during this period.

New York ranked number six on a list of the top 10 states to work as an HVAC professional. The state offers accredited trade schools, a high number of heating and cooling days each year that put HVAC systems to the test, wholesaler locations for HVAC parts, and commercial service opportunities. Together, this makes New York an excellent place to work as an HVAC technician (Air Conditioning, Heating and Refrigeration News, “Study Reveals Top 10 States for HVAC Employment”, 2015).