A nearly 19 percent rise in HVAC employment over the next decade is expected. The Iowa Department of Workforce Development

The state of Iowa has fairly strict licensing requirements for HVAC-R technicians. There was a complete restructuring of the state’s HVAC-R mechanic, technician and contractor licensing system that took place in 2012, which put into place a streamlined, but well-defined, apprenticeship structure for state HVAC-R licensing.
Sponsored Listings
Featured Programs:
Sponsored School(s)

The same legislative changes also revamped the contractor licensing scheme for HVAC contractors, making statewide changes which were implemented in 2014 and are being phased in over the following three years.

Although formal schooling in HVAC-R is not required as part of the Iowa licensing process, you might find it good preparation for the rigors of an apprenticeship program or entry-level employment, as well as a solid basis for acquiring other certifications, including the federally-mandated EPA Section 608 certificate or the voluntary NATE private industry certification that employers require for some positions.

There is also other more limited specialty category available outside the mechanical license area: The HVAC Technician Specialty License is appropriate for limited function service technicians and allows the holder to work only on appliances, from the location of the shut-off valve, which can be no more than three feet away from the appliance. This license covers most duties that residential service technicians would be called upon to perform. A NATE certification or other board-approved training program is required; a list of programs can be found here. No apprenticeship or exam is necessary, only a $50 license fee (pro-rated based on your application date).

How to Become an HVAC Mechanic or Specialty Mechanic in Iowa: State Licensing Requirements and EPA Certification

A registered apprenticeship is the only route to obtaining a new HVAC-R Mechanical or Mechanical Specialty license in Iowa. Apprenticeship programs are typically offered through unions or industry trade groups.

To earn a journeyman-level HVAC-R Mechanical and Mechanical Specialty licenses in Iowa named above, you must:

Completely separate from the state-level license requirements, most positions in the HVAC-R industry require an EPA Section 608 certification. This is named after Section 608 of the Clean Air Act, which mandates certain education and training minimums for anyone servicing, pressure-testing, or otherwise working with systems using controlled refrigerant gases such as Freon or ammonia that might escape.

There are four different categories of Section 608 certification:

Most HVAC trade school, community college, and apprenticeship programs include a component specifically designed to teach Section 608 requirements. In many cases, they also offer the certification test itself, so when you are finished with the program you will also be officially certified.

How to Become an HVAC Contractor in Iowa

At some point, you may decide that building your own HVAC-R business is a good idea. With complete control over your destiny, anyone with a little salesmanship and business sense can make a good living and enjoy the freedom of being an HVAC contractor. 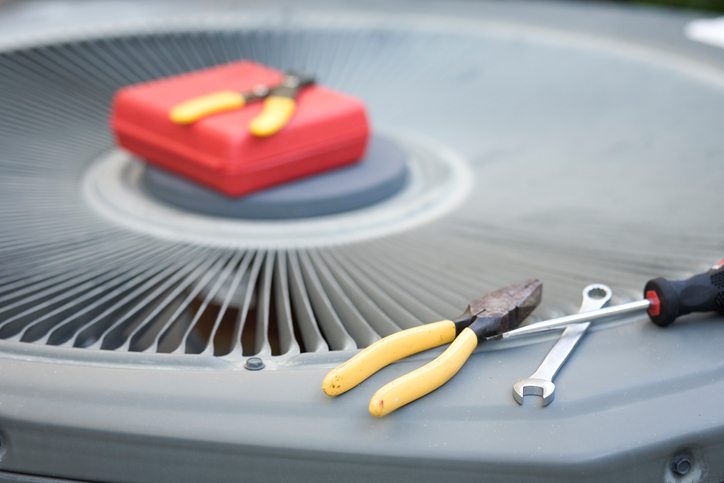 You will have to have a master’s level license before becoming a contractor in Iowa.

Currently, contractor licensing is still in a transitional period for HVAC-R contractors. In addition to registering with and meeting the requirements of the Plumbing and Mechanical System Board, through June of 2017 contractors must also register with Iowa Workforce Development’s Division of Labor. Beginning in May 2017, and thereafter, the registration forms and processes will be combined and PMSB will provide a sole point of contact for contractors.

There is no testing or experience requirement to obtain a contractor’s license other than what is required to become a master technician. The license fee is $250.

You must, however, obtain and submit proof of:

It is possible to designate another person as the master technician to qualify for the PMSB license, who will be known as the Master of Record and must be an employee of the firm.

Some Iowa cities, such as Davenport, may have their own licensing requirements for HVAC contractors in addition to the state license requirement.

Iowa’s Department of Workforce Development foresees a nearly 19 percent rise in HVAC employment over the next decade. Specialty trade contracting firms in technical areas like HVAC account for the largest percentage of construction companies in the state. This has helped create more job opportunities in the field of HVAC-R than is seen in most of the country.

With the recent licensing changes, Iowa HVAC companies are struggling to find qualified applicants. Newer, stricter licensing with higher requirements have left the lower end of the market light on qualified candidates, mirroring a general construction industry worker shortage. This spells opportunity for new Iowa trade workers as companies offer more incentives in their bid to compete for qualified workers from a smaller pool of candidates.

The salaries for HVAC technicians in Iowa are exceptionally high according to the US Department of Labor. The median salary among HVAC techs exceeded that nationally in six of the eight largest cities in Iowa as of 2015. In fact, the average salary for HVAC techs in the top 10% in Iowa City exceeded the national average for this category by more than $9,500.

The US Department of Labor provides the salaries of HVAC technicians throughout Iowa as of 2015. The ranges below show the median to top 10% yearly and hourly earnings in each of the state’s major cities.

Iowa Workforce Development predicted that the number of jobs for HVAC technicians in the state will increase by 18.9% between 2014 and 2024. The agency expects that 115 jobs will become available on average each year during this ten-year period.

Iowa had the 4th highest concentration of jobs for HVAC technicians in the country in 2015 according to the US Bureau of Labor Statistics. In addition, the nonmetropolitan area of Southeast Iowa had the 3rd highest number of jobs of any rural area in the country that year.

Iowa’s construction industry is hot as shown by an analysis of the Associated General Contractors of America. This organization reported that Iowa that the 2nd highest increase in construction jobs over the year preceding November 2016.

Dave Swenson, an economist at Iowa State University, told the newspaper that the increases in employment in construction are buoyed by a number of major development projects around the state along with business expansions.