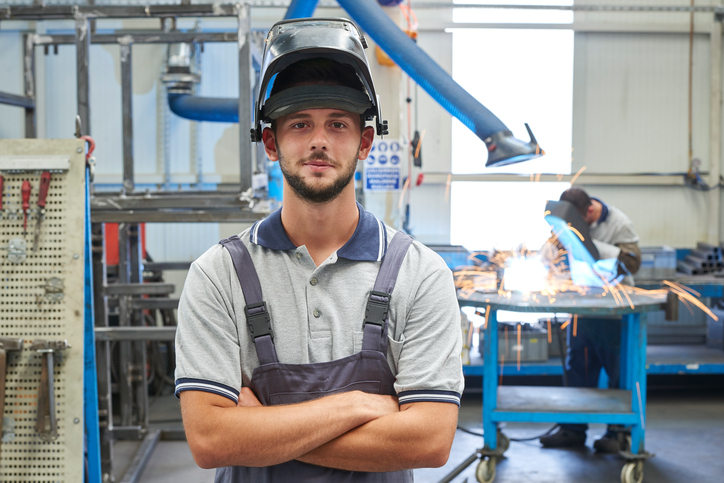 You could say that brazing and soldering are literally what brought us out of the Stone Age 5,000 years ago when man started to develop metal tools and weapons. When you braze and solder, you’re joining the proud ranks of those who’ve come before you to practice the science and art of combining metal with metal.

Over the millennia we’ve perfected the technique to where we know quite a bit about what works best for joining certain types of metals to others, and the advantages and disadvantages each of these methods have.

Brazing and soldering are some of the most common things you’ll do in HVAC. Doing it right means you’ll have a system that works; that stands up to the challenge of pressure and temperature. Doing it wrong means your joints will fail and so will the system they’re tied to. Brazing and soldering correctly is one of the things that separate the men from the boys and the girls from the women in the HVAC world. These tasks are fundamental, bread and butter to HVAC work.

Joining metals is one of the first topics you’ll cover when developing your hands-on skills in an HVAC technical program:

Keep this in mind as you move from soldering to brazing to welding: as the heat required for melting increases the strength of the joint also increases.

The cost of materials also increases as you move from soldering to welding, but this is secondary to the minimum strength and temperature requirements for the job at hand.

So if welding is the strongest way to join two metals, why not use it all the time? In HVAC when we’re running copper lines we’re never going to need the strength a weld provides. A brazed joint will always be sufficiently strong. In many situations a soldered joint will be strong enough for what you need. You might find some exceptions to this if you’re doing heavy industrial work.

When choosing to solder or braze there are also temperature considerations. In some situations brazing will be too hot for the job and you’ll have to solder. For example, if you’re joining copper tubing to an AC unit you’ve got to be careful with your temperature so as not to damage any rubber or nylon bushings that touch the lines.

Overall, determining which method to use is a balance between achieving adequate strength within maximum temperature constraints.

We’ll focus on using copper piping/lines (L tubing). This is hands down the most common type of metal joining you’ll do as an HVAC tech.

Soldering requires a torch and solder.

In terms of torches, there are two main types: the cheap kind and the more expensive kind. The cheap kind is a MAPP gas or propane torch that uses a one-time-use 14-ounce tank you can buy at any hardware store, and is also referred to as a turbo torch.

The more expensive kind is more bulky and involves two tanks of compressed gas: oxygen and acetylene. If you’ve ever done any welding this is also a very typical torch you’ll use. If you’re in it for the long term it’s worth considering getting yourself an oxyacetylene setup.

MAPP gas or propane fuel get plenty hot enough for using solder. Acetylene gets even hotter so will make for an even quicker job. If you’re using really small and thin copper lines like the ones more commonly used in new construction installs you might even find acetylene is too hot and burns your lines away. You can usually compensate for this though by adjusting your pressure.

As for the solder, it comes in a spool that you unwind as you need more to melt into your joint.

Standard solder is a metal alloy that’s mostly tin, nickel, or some metal with a relatively low melting point. Never use solder with lead in an HVAC application. You could get away with it in drain lines, cold water fittings, and cold water lines that won’t experience large changes in pressure or temperature, but generally, you’ll want to use one that contains anywhere between 15 and 30 percent silver, known as a soft solder. The higher percentage of silver, the higher the melting point, and the stronger the joint will be. These solders will still be primarily tin or nickel-based, but the magic ingredient is silver. Yes, this is more pricy but working with anything less than 15 percent silver gets to be unmanageable and most likely you’ll ultimately end up having to redo your joins with a solder that contains a higher percentage of silver.

You will hear people tell you that on heating or refrigeration units you must braze. There are conflicting opinions on this depending on who you talk to. To settle it in your own unique circumstance with the unit you’re working on all you need to do is compare the manufacturer’s specs of your HVAC unit with the specs of your silver-content solder. For example, the specs of a typical solder with just five percent silver is:

Those pressure levels are easily stronger than the line pressure of most residential and light commercial HVAC units.

The same goes with temperature. The discharge line from a residential or light commercial HVAC’s compressor unit often specify a maximum of 225 °C. Again, check the manufacturer’s manual to determine this. Even if your compressor is having a bad day and reaches 300 °C, it will probably get fried first before a five percent silver solder would reach its melting point at around 430 °C.

Can these soldered joints leak? Yes. Can joints that are brazed leak? Yes. If you’re working within the manufacturer’s specs range and your HVAC unit leaks, chances are that you did a bad soldering/brazing job. Brazing instead of soldering won’t fix a bad job regardless.

While there may be some debate about whether to solder or braze with a compressor unit’s discharge line, soldering sensitive joints like those that connect to valves, reversing valves, or expansion valves is not controversial. On these you absolutely cannot braze because the temperatures involved would melt the rubber and nylon bushings inside.

Soldering also has two other important aspects that can be advantageous depending on what you’re doing:

Silver Solder refers to when you’re using solder that’s around 45 percent silver or higher. You won’t use this type of solder too often. It’s useful when you’re making joints with steel, like when connecting copper lines to steel, or connecting steel to steel. For example, you might use this on service valves that bolt on to a compressor.

You’ll use a torch for brazing just as for soldering.

Because brazing involves higher temperatures than soldering, using an oxygen-acetylene torch is your surest bet because this gets hotter than a MAPP gas or propane torch, although for most small-to-medium jobs (thinner copper piping) a turbo torch should also work. Also remember that MAPP gas burns hotter than propane.

Brazing rods look like straightened metal coat hangers, and like solder they become stronger as the percentage of silver they contain increases. The braze is what is melted by the torch to join two metals. For joining copper lines we usually use brazing rods that are made out of a copper-phosphorous combination. With six percent silver, this type of brazing rod starts to melt at 1,190 °C.

When you’re brazing you’re going to need to heat your lines up until they’re basically glowing red. When you’re doing this you’ve got to constantly keep your torch moving, otherwise you’ll burn a hole right through the copper tube. No doubt when you’re learning to braze you’ll do this many times.

And don’t get lazy. You’ll hear people tell you that when you solder you really have to clean the copper lines, and when you braze that’s not as much of an issue. Listen. You’ve got to clean your lines either way. True, because of the higher temperatures involved with brazing, any impurities are going to get burned away. But you don’t want unnecessary carbon residues contaminating your HVAC system. You can clean your lines with something like steel wool. Make sure to blow off the piping once you’ve cleaned it.

Speaking of carbon residues, because of the temperatures involved with brazing, once you torch your copper lines they are going to oxidize. In other words, small flakes of burned material and soot will form on them wherever they are exposed to air, or more precisely, the oxygen in the air. This introduces particulates into your refrigeration or heating system, something that should always be avoided.

Fortunately there’s an easy way to prevent oxidization within the joint you’re brazing, and that is to run neutral nitrogen gas through the system while you’re working on the brazes. This eliminates the oxygen and therefore the brazed joints cannot oxidize inside your joint.

Brazing is also a good way of bridging gaps between joints with loose fittings, such as on the back of an evaporator coil where the suction and liquid line comes in, and on drain lines. Ideally you’ll always use a coupling to bridge really big gaps, but when you can’t you can braze.

When to Use Flux

Flux is used to chemically clean and purify metals. It prevents oxidization and the sooty black residue it produces.

When you’re soldering you should always use flux. Use the minimum amount necessary – a very thin coating; no globs – because if you use too much it can contaminate the HVAC system you’re working on with impurities, not to mention weaken your pipe. Only flux the outside of the copper tubing that you’re joining. Don’t even use flux on the fitting (the edge).

If you’re using silver solder – that is, solder with 45 percent silver or higher – to connect copper to steel you must always use an acid-based flux.

If you’re brazing with a copper-phosphorous brazing rod, including those with silver, flux is not 100 percent mandatory when working with lines that are also copper, though it’s recommended. You can still use a very thin coating of flux because impurities within the metal of your lines mean that the copper may experience small places of oxidization.

And remember, once you’re finished wipe the flux off or it’s going to corrode you’re line – this is when you get pitting that causes pin-hole leaks. Let your solder or braze cool for a few minutes to avoid contaminating your joint with water, and then wipe the excess flux off with a wet rag.